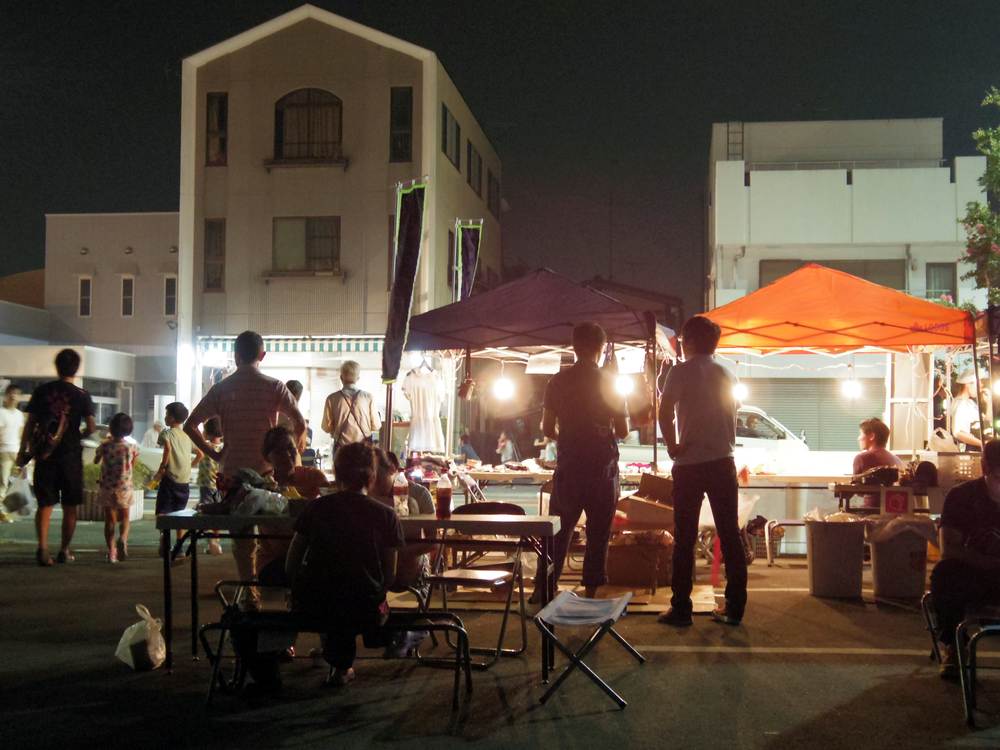 Action | A "downtown night market" for the challenged

The third Saturday of the month. Stalls lined up in the Tatebayashi downtown shopping street as the sun was setting. I thought it was a local festival, but there were none of the stalls you see at fairs, and the stores in the shopping street themselves were not open. Instead, stores are set up in vacant lots and stores for one night only, attracting many people with their unusual food, products, and hands-on activities. In fact, the people who set up stores are all people who are taking on the challenge of their own aspirations. They come from inside and outside the prefecture to open stores here and learn how to do so. The "Shitamachi Night Market," which has been held for 14 years, was an experiment that started with the goal of increasing the "exchange population" in a declining shopping district. 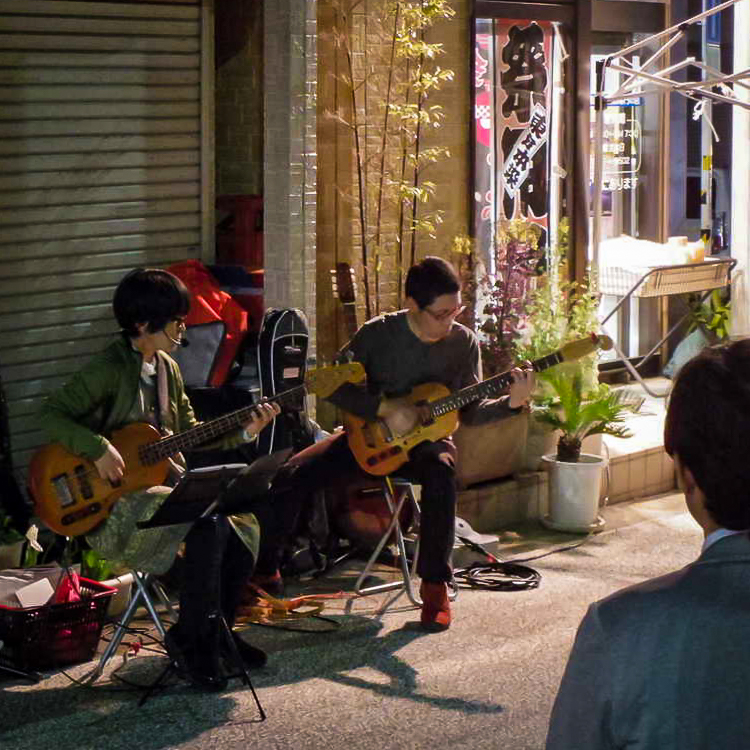 Tatebayashi was a castle town that prospered around the Tatebayashi Castle built in the Muromachi period (1336-1573). In the Edo period (1603-1868), the young Tsunayoshi Tokugawa was the lord of the castle, and it was one of the most important places at that time. Today, the castle that was the center of the city's vitality is gone, but the Tatebayashi City Hall is still active in public-private collaboration. Tatebayashi was one of the first cities in Japan to focus on this concept of government working together with citizens, and has been doing so for about 20 years now. According to Mr. Mita, "Tatebayashi is a rural town with a lot of potential. It takes less than two hours to get there from Tokyo, and it's very safe. As a place to experience the countryside on weekends or as a second base, it has great potential in the age of multiple occupations. He said. 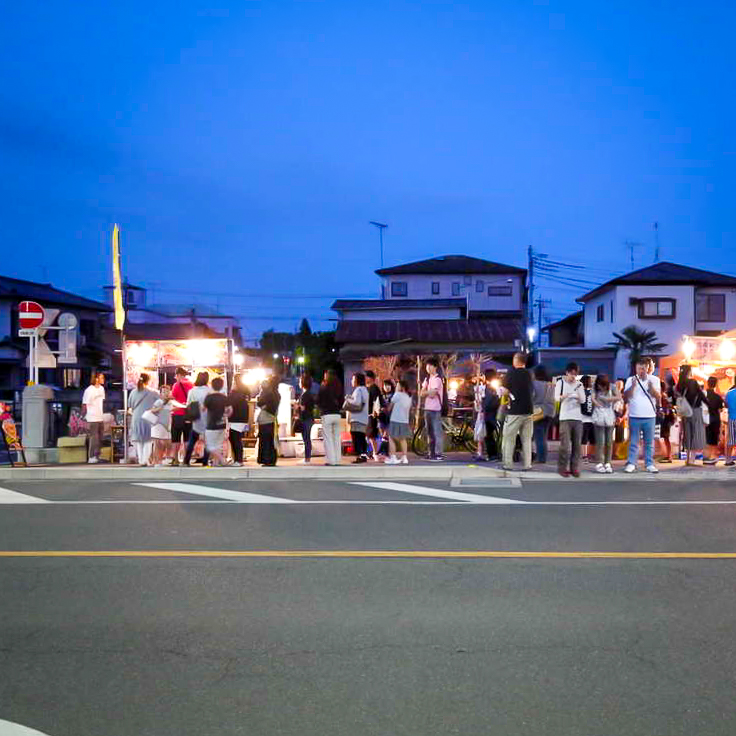 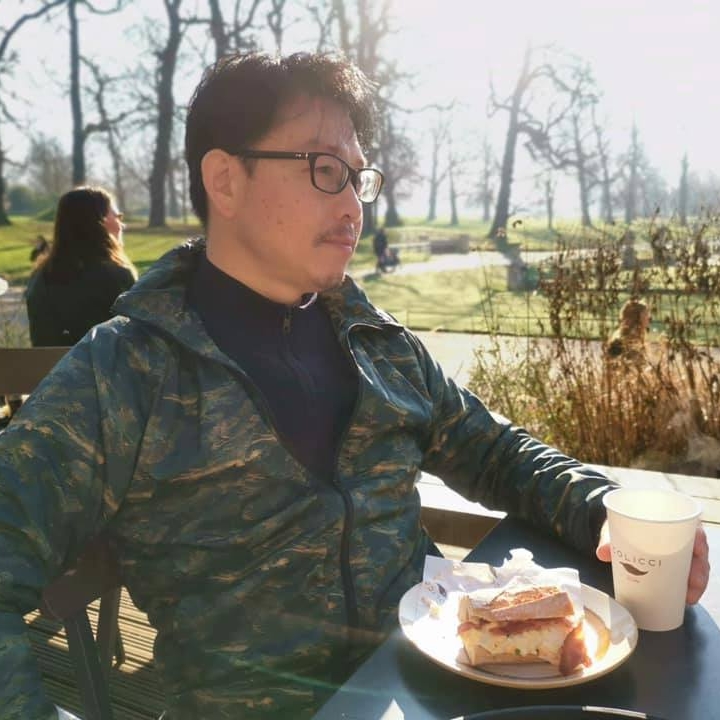 Born in Fujioka City, Gunma Prefecture. In 1989, after getting married, she left her job at a major electronics company and moved to Tatebayashi to take over the stationery store "Mita Sanshodo" in Tatebayashi City. In addition to developing his stationery business, he has also organized many events such as the "Downtown Night Market" with the mindset of energizing the entire community. Using his experience, he continues to bring innovation to the community. Currently, he also runs Jungle Delivery Co.

Shortly after Mr. Mita took over the stationery store, the bubble economy burst. In 2000, he decided to go to the Junior Chamber of Commerce of Japan to break the ice. In 2000, he decided to go to the Japan Junior Chamber of Commerce and Industry (JCCE) to fix things, and for a year there, he was assigned to carry a bag for regional economist Kosuke Moya's nationwide lectures. Seeing the vast number of community revitalization projects across Japan, he became convinced that "even if you don't have people or money, the passion of one person can change the situation. However, when he returned to the shopping district after his secondment, he found that the development of the road had spurred the store owners to retire. No longer feeling responsible for the area, Mr. Mita joined the "Research Group for Community Development (Machiken)" and began conducting research. In the process, he came up with an idea: "Even if the local people are not energetic, if we make a smoke signal like Rakuichi/Rakuza, we can attract interesting people.

IMPACT | The shopping district begins to look like an asobaba where you can challenge yourself.

The population is decreasing. So, in order to increase the number of people interacting with the town, why don't we invite people from outside the area to open stores in vacant spaces? Only 20% of the people in the shopping district agreed to do so. For a while after the event, they had to endure a lot of harsh words about garbage and noise, but they continued to hold the event by gathering energetic store owners. A few years later, their efforts were commended by the Small and Medium Enterprise Agency, and the event was widely reported on TV and radio. Eventually, the street that bisected the night market was turned into a pedestrian mall, making it a major event for the community. The shopkeepers of the night market have not changed, and there is no need to change. Nevertheless, people who met each other at the night market began to engage in activities freely, creating a community that had never existed before, and some people became aware of their involvement in the city. In other words, the number of people who interact with the city has increased. 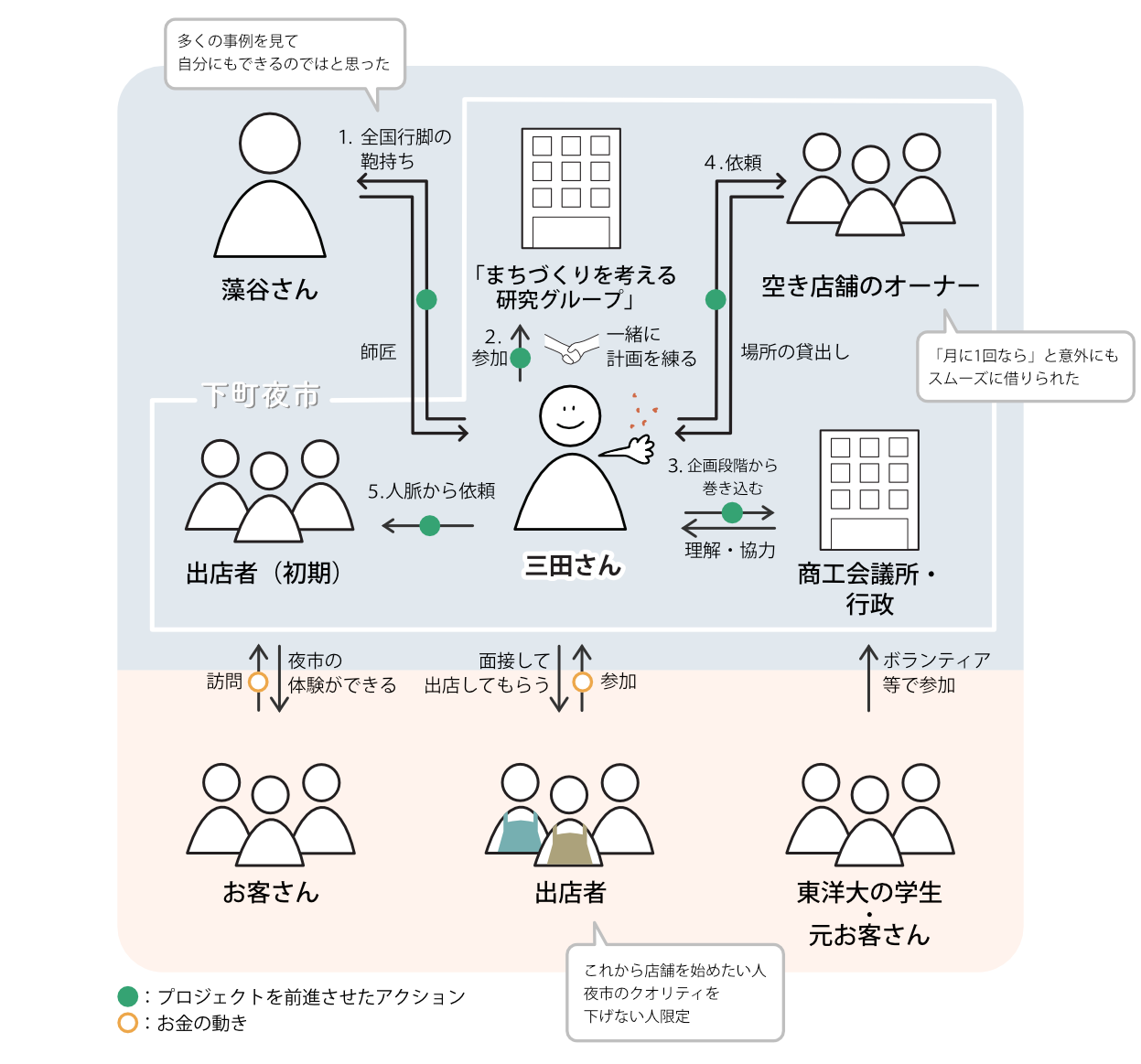 ECOSYSTEM | Outward and outward. Over the hurdles.

You can't do it alone, of course. The downtown night market is a project that was realized based on such a premise. Many people and organizations are involved in the project, including shopkeepers who rent space, the police who give permission to use the streets, and the government. Mr. Mita thought that if he started the project internally, people would only move based on profit and loss, so from the beginning he envisioned collaboration with people outside the shopping district. So, as soon as he formulated the plan at the "Machiken," he brought the plan to the Chamber of Commerce and Industry and the city office and held a study session. By teaming up with the government, it became easier to rent vacant space from the store owners in the shopping district, and the police felt more comfortable encouraging the realization of the night market.

STEP | Traveling around the country, and trial and error

It all started when I was seconded to the Junior Chamber of Commerce of Japan and traveled around Japan with Mr. Moya. I began to feel a sense of responsibility, thinking that I shouldn't just learn and be done with it. ▷Making plans with the members of the "Research Group for Urban Development" and people from other organizations. ▷In the beginning, we held a somen-nagashi event, but it was only a temporary excitement. ▷Thinking that it would be meaningless unless it was a sustainable project, we came up with the idea of a downtown night market. ▷Brought the idea to the government and started a study group as a collaborative project between the public and private sectors, and had a lot of discussions over the next two years. ▷The team negotiated for available space and gathered stall holders using their contacts. ▷Established "Shitamachi Night Market". 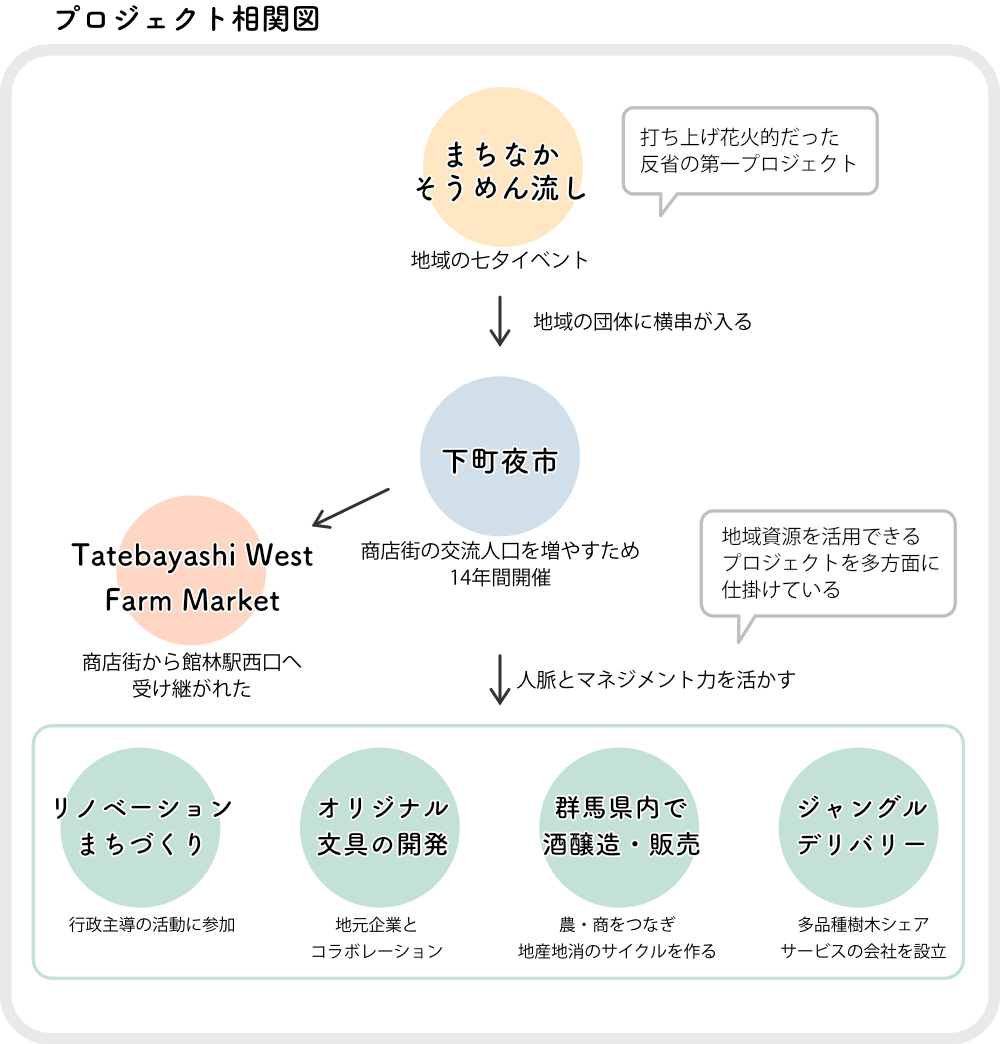 One person's passion can change things. Mr. Mita, who had been reminded of this, was determined. When he was asked if he could take responsibility, he replied, "If anything happens, I should go to jail, right? If the person in charge doesn't have that kind of determination, nothing will change. This determination not only created trust that the person in charge would continue with the project, but also ensured the quality of the night market. Coordinating with a vast number of stakeholders and concessionaires, interviewing all potential vendors, and rigorously checking the etiquette on the day of the night market... all of these passionate tasks have resulted in a quality that exceeds expectations.

FOR THE FUTURE | Something for the future

Let's create a lasting value, not just a fireworks event. With this in mind, the Downtown Night Market finally came to an end after 14 years of existence. Now, the next generation is changing the organization and holding the market in front of Tatebayashi Station. The stallholders here will later be welcomed as players in the renovation of vacant stores in the shopping district.
The idea of "giving to the public" in the case studies across the country struck a chord with Mr. Mita. If I just want to make money, there are probably more ways to do that. However, if you want to just make money for yourself, there are probably more ways to do that, but if you want to make your surroundings and the entire community happy, you can actually do far more for the future. It is said that some of the students who participated in the night market have become market organizers and officials to improve the city. Now, this initiative is being taken up in classes, and Mr. Mita is giving lectures to junior high school students. The fire of passion that changed the city is sure to be carried on for a long time. 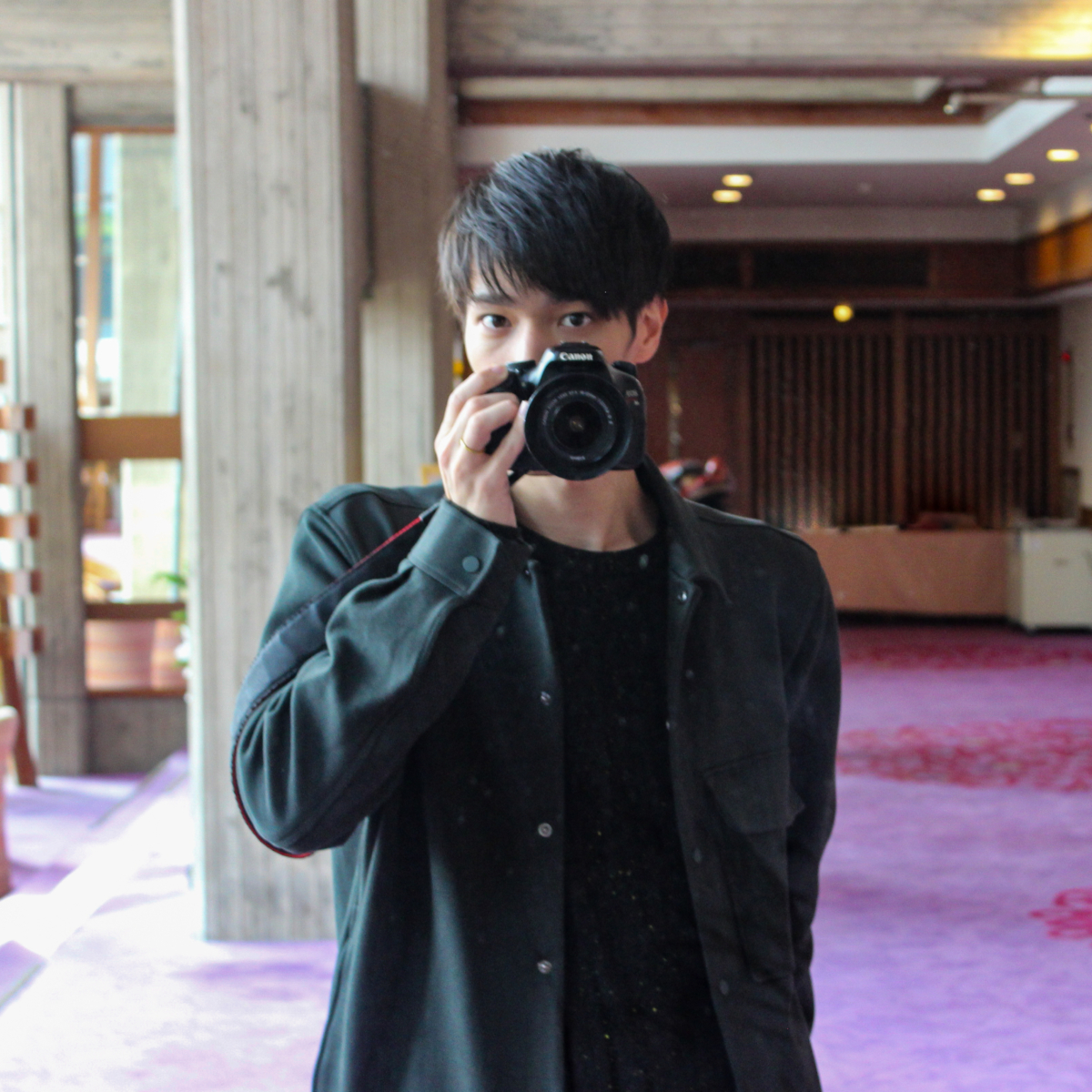